The seats around a Thanksgiving table are often filled by family members, but many Americans will choose to celebrate with their friends this week, embracing the recent tradition known as Friendsgiving. Though there might be a number of reasons someone will opt for a local potluck instead of making it “home” for the November holiday, Friendsgiving is also an expression of the rich community that many U.S. adults tell Barna they find in their own neighborhoods. Though neighborly interactions tend to be casual overall, one in four U.S. adults (23%) reports spending birthdays or holidays with their neighbors. Other celebrations include eating dinner together or gathering for neighborhood events (22%). Millennials appear to be some of the most eager Friendsgiving participants, and fittingly, they are also the generation most likely to say that some of their neighbors are like family (12%, compared to 3% and 5% among Boomers and Elders, respectively). Three in 10 Millennials include those who live nearby in their holidays (30%) or at their dinner tables (30%).

The infographic below—a preview of one that appears in the upcoming 2018 edition of Barna Trends—shows in greater detail how Americans report sharing their lives with the people who share their zip codes. 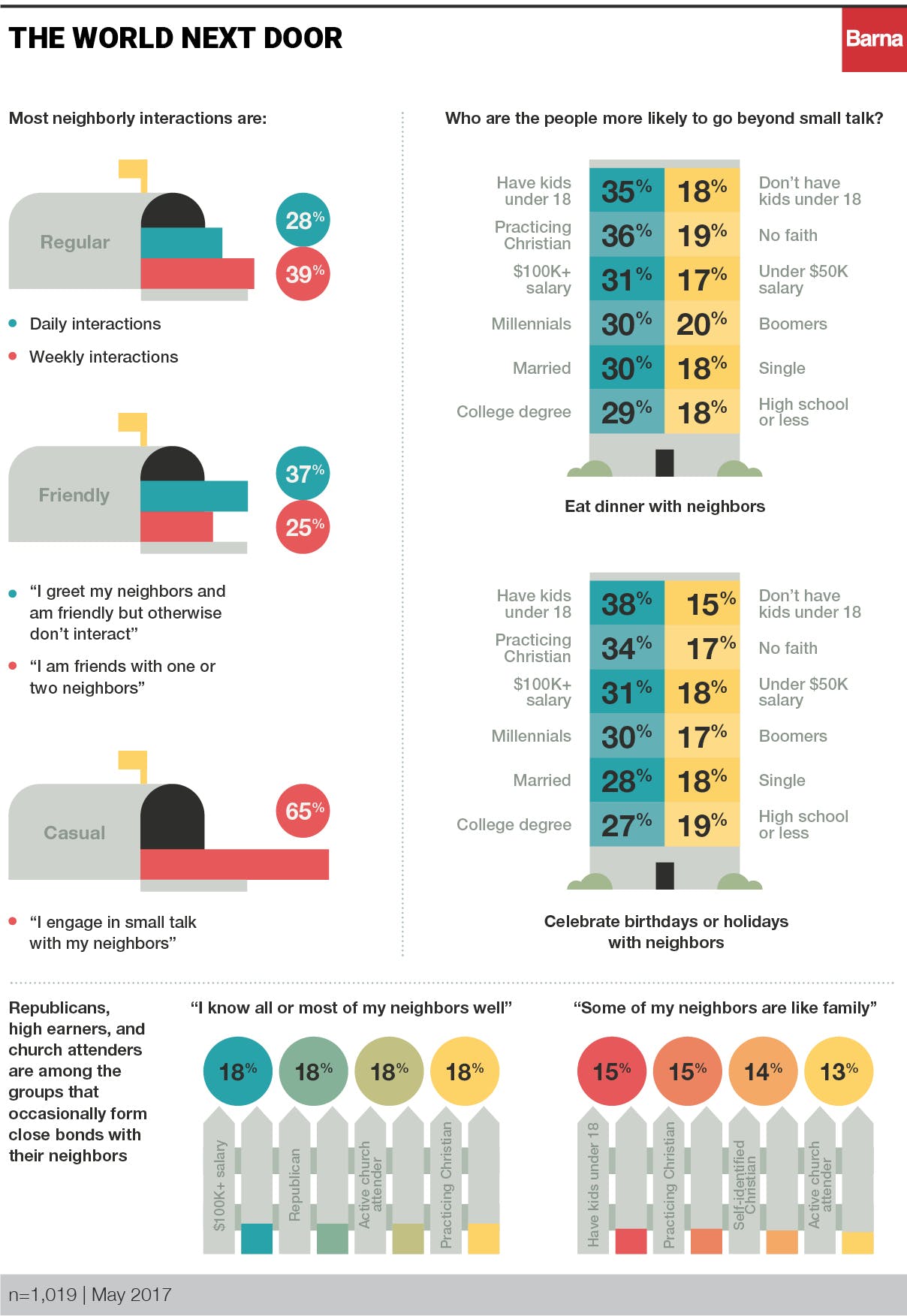 About the Research
The research in this report was conducted with a nationally representative sample of 1,019 U.S. adults, ages 18 and older. The survey was conducted online between May 15-19, 2017. The error rate associated with this study is plus or minus 2.9 percentage points at the 95 percent confidence level.

Regular Church Attender: attended a church service in the past seven days, not including a special event such as a wedding or a funeral.

No faith: identify as agnostic or atheist, or as having no faith

As Americans prepare to honor those who have served in the U.S. Armed Forces on Veterans Day (November 11), new Barna data explores the presence of faith in the military. The study, in partnership with American Bible Society, reveals a military made up of men and women who think positively of Christians, welcome the Bible’s influence and are shaped by their profession.