When it comes to vocation, pastors often talk about the “call to ministry.” But what does that process actually look like, and how satisfied are pastors in their decision to pursue ministry? Further, are they committed to helping their congregants find their own calling?

Barna recently released a major study on vocation, Christians at Work, produced in partnership with Abilene Christian University. Previously on Barna.com, we’ve covered this study’s findings about the sacred value Christians perceive in their professions, the challenges working parents face, the Church’s important role in encouraging faith & work integration and how Christians are living out their faith in the workplace. Here, we take a look at how pastors feel content and satisfied with their vocational path and are actively helping others find their own.

Overall, pastors appear well-positioned as leaders on the subject of vocation, and they think their churches are successful in equipping congregants to discuss religion or faith at work (71%). The pastors who take vocational discipleship seriously, through their church programs as well as their personal connections, play a vital role in preparing Christians to faithfully engage with their daily lives and workplaces, as well as shaping those called to a future in ministry themselves. Most pastors first felt a calling to ministry in their teen or early adult years, but that doesn’t mean they took a fast track to the clergy. More than half (55%) had another career before going into ministry. Roughly one-quarter (26%) remains bivocational, currently holding some other kind of (paid or unpaid) role in addition to pastoring, usually for non-financial motivations like personal fulfillment or having other outlets for their gifts.

Though over one-third of pastors (36%) admits occasionally wishing for another calling, responses suggest that ministry suits these leaders well. A majority feels content (72%) and is very satisfied with their opportunity to use their spiritual gifts (81%) or talents (77%) as a pastor. Sixty-two percent are very confident in the preparation they are receiving for their future. They also think their educational background—including seminary, for three-quarters of pastors (76%)—is a good fit for their role (78%). Nearly two-thirds (64%) see at least a possibility of pursuing additional education, including one-third (33%) who is already doing so.

How do pastors believe churches should address vocation, whether from the pulpit or in programs? Nearly two-fifths of pastors (38%) view faith communities as “essential” in helping Christians identify their own strengths and capabilities. They say this should be prioritized through sermons (86%), classes and tests (85%) or small groups (83%). Most seem to be following through: Pastors report that the topic of vocation has come up in their preaching in the past couple years (79%), often multiple times (49% say five or more times in the past two years). Indeed, as a comparison, roughly four in 10 Christian workers Barna surveyed (42%) have heard a message about work from their church in the past month.

Still, there could be some missed opportunities to reach the churchgoers most likely to be in the midst of career development; few pastors report providing designated ministries or programs for singles or college students, and mentorship programs aren’t very common church offerings (20%). The majority of pastors, however, says they personally have a mentee, either in ministry (74%) or another industry (68%). 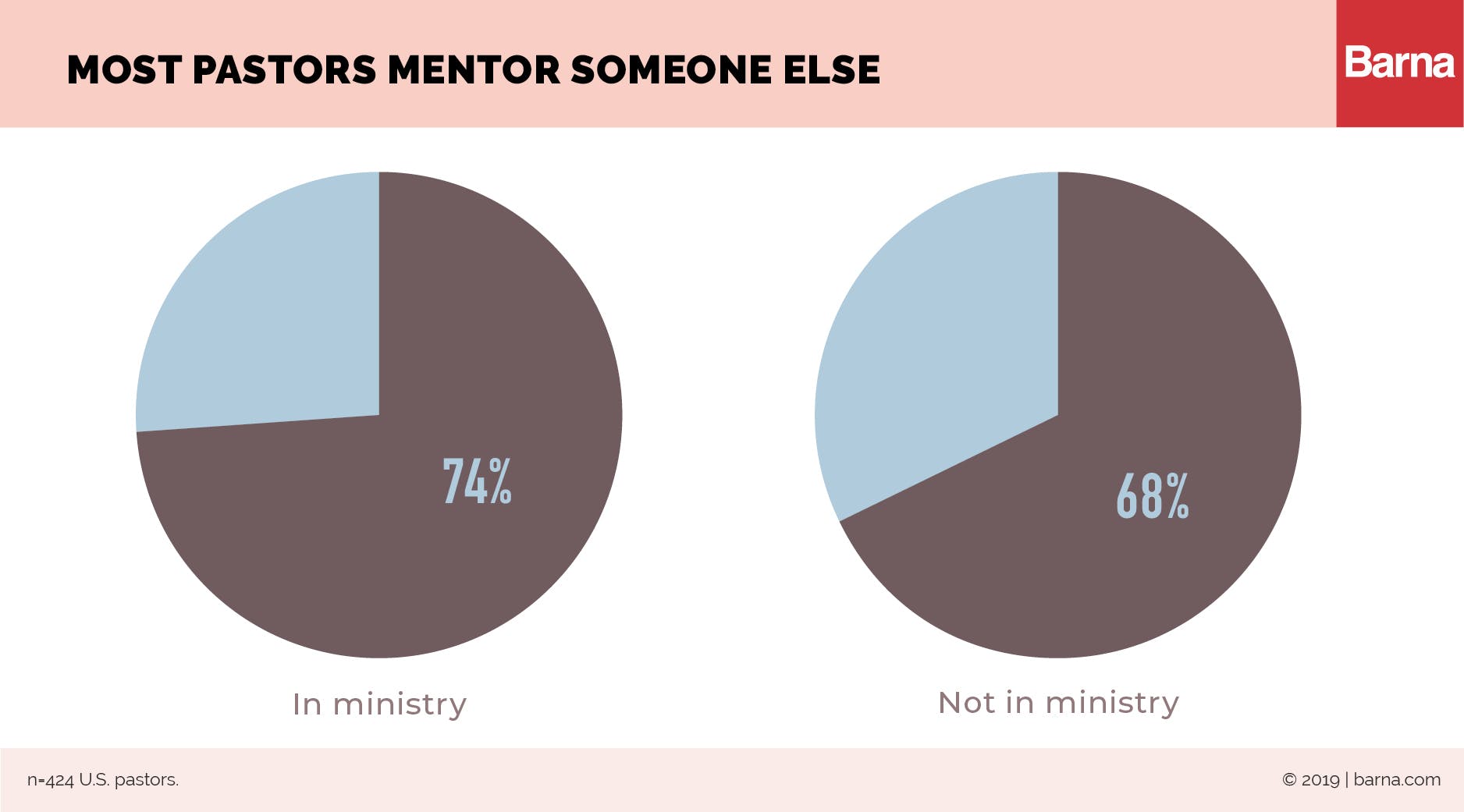 You can learn more about the well-being of church leaders in the Barna report The State of Pastors.

Photo by Alexander Michl on Unsplash

When families come together for Christmas, they bring their values and routines with them as well. Increasingly those are shaped by a relationship to technology. Drawing from Andy Crouch’s recent book, The Tech-Wise Family (a 2018 Christianity Today Book Award recipient), we've compiled some key statistics and helpful tips to make yours a tech-wise home for the holidays.