Though the idea of American exceptionalism isn’t a recent invention, we’ve heard a lot lately from President Trump and his supporters about “making America great again.” But what, exactly, do people believe makes America great? It depends who you ask—and, in light of Independence Day, a brand new study from Barna did just that. Here’s what U.S. adults say about why they take pride in being an American.

The main thing Americans love most about their homeland is the opportunity to live the “American Dream.” Almost one quarter (24%) chose “the opportunity to become who you want to be / ‘the American dream,'” followed by four pillars of the American political apparatus: the Constitution (21%), free speech and a free press (21%), freedom of religion (20%) and democracy (20%). 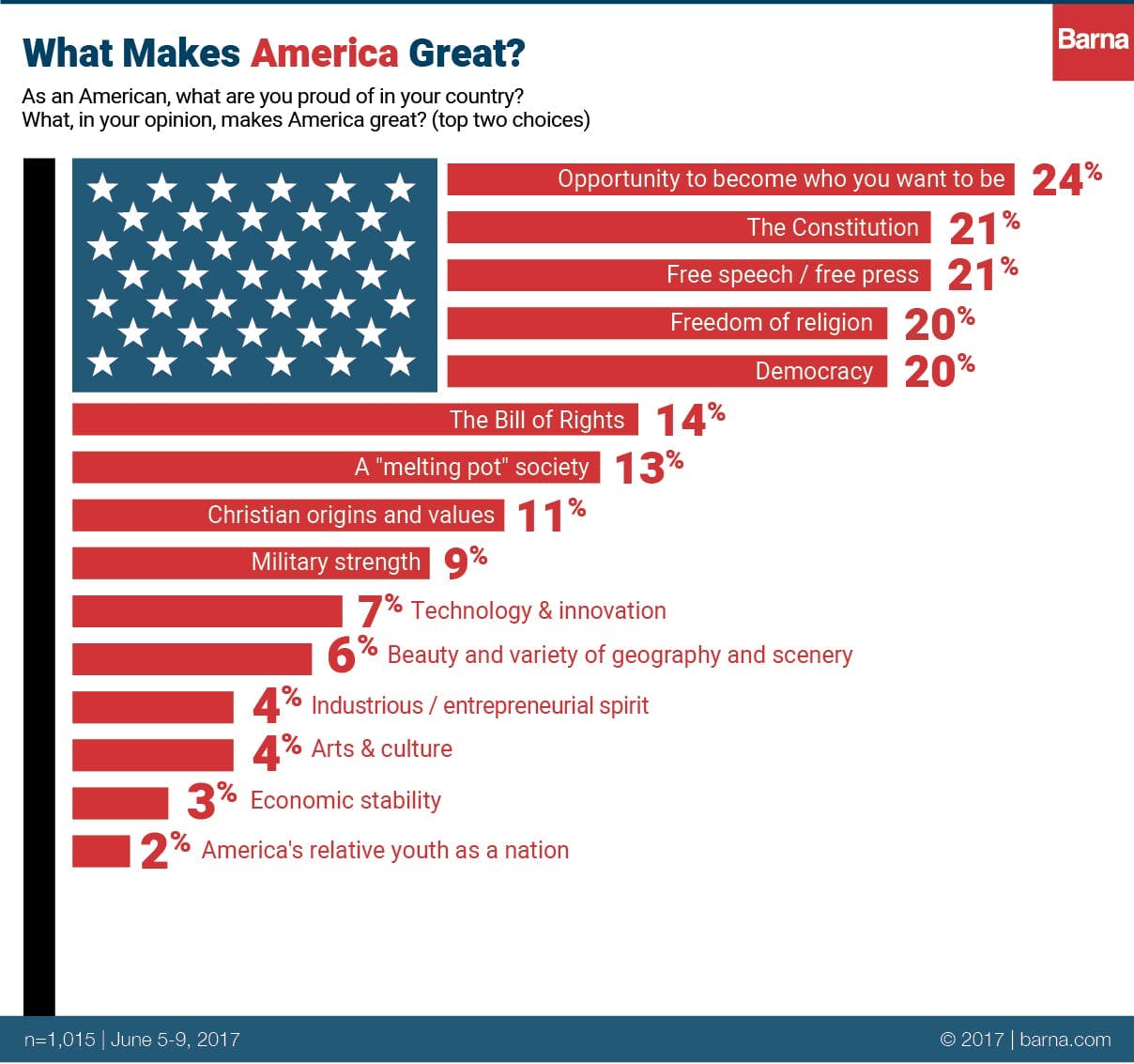 Generationally, the Constitution and Bill of Rights are more revered among Boomers (29% and 22% respectively) and Elders (34% and 16%) than Millennials (16% and 8%) or Gen-Xers (16% and 12%). Freedom of religion is almost twice as likely to be a source of pride among Elders than any other generation (33% compared to 19%-20%), while a “melting pot society” is almost four times less valuable for Elders (3% compared to 12%-16%). Millennials see the greatness of U.S. technology and innovation at a percentage almost three times higher than any of the other groups (12% compared to 4%-7%), and the younger generations (Millennials: 8% and Gen-Xers: 6%) are also more likely to take pride in arts and culture than older citizens (Boomers: 1% and Elders: 0%).

Evangelicals esteem freedom of religion and America’s Christian roots more than any other group. Click To Tweet

About the Research
Interviews with U.S. adults included 1015 web-based surveys conducted among a representative sample of adults over the age of 18 in each of the 50 United States. The survey was conducted between June 5-9 of 2017. The sampling error for this study is plus or minus 3 percentage points, at the 95% confidence level. Minimal statistical weighting was used to calibrate the sample to known population percentages in relation to demographic variables.