Explore Faith for the Future

The findings and excerpts featured here are from The Connected Generation. Order your copy today!

On September 10, The Connected Generation project launched with the Faith for the Future webcast, a live, free event where leaders from Barna and World Vision revealed main findings—some sobering, some hopeful—uncovered by this global data. The team was joined by panels of experts and ministers as well as viewers from 88 countries and six continents.

Below, explore highlights from the data and the webcast, which will be available as a free replay until March 1, 2020, and click here if you’re interested to see how other faith leaders are using this data in their context. 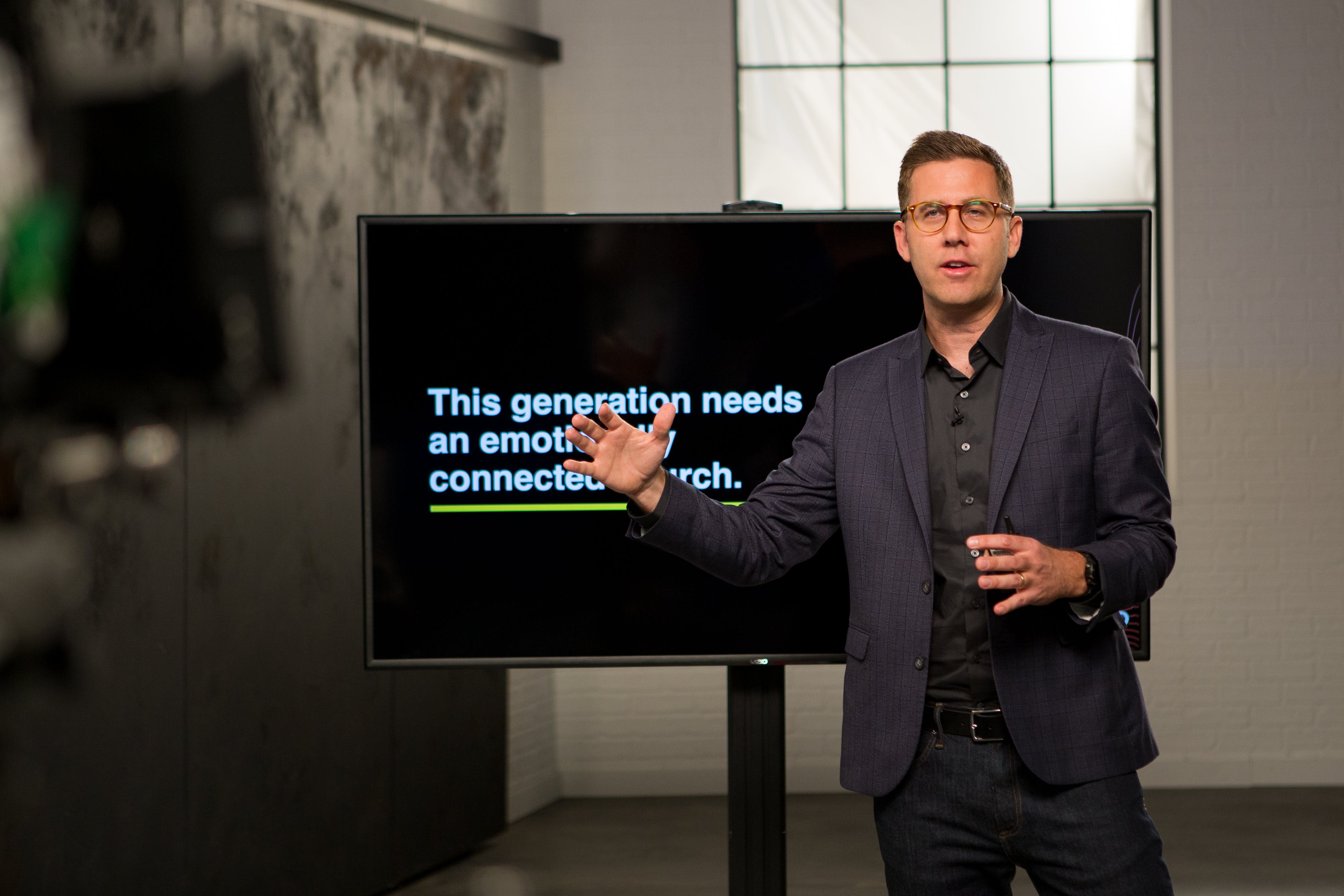 Effective Ministry in an Anxious Age
Four in 10 18–35-year-olds around the world—and, among some demographic groups, many more—report being uncertain about the future or anxious about important decisions. Faith practice and vocational & financial security are strong predictors of emotional well-being.

“There’s great encouragement because we’re living in a generation where people really want to make a difference. They want their lives to make an impact around the world. But yet, we don’t have an understanding about what it means to go deep and what it means to have a theology of the marathon. Sometimes, we can be so enamored about appearing a certain way that we don’t do that deep substantive work.”
—Eugene Cho on Casting Hope for the Next Generation

“People want to feel seen and known… I don’t think we are even aware of the impact of what [loneliness] does to our sleep, our impulses, our stress hormones. Loneliness is reshaping a generation and it’s worth us paying attention to how we build community.”
—Jo Saxton on Loneliness in a Connected Generation

“Generally speaking, the Church will naturally go up in age and inward in focus. It’s only intentionally that it will go downward in age and outward in focus. So we want to go down and out, not up and in.”
—Stephen Foster on Discipleship in a Post-Christian Context 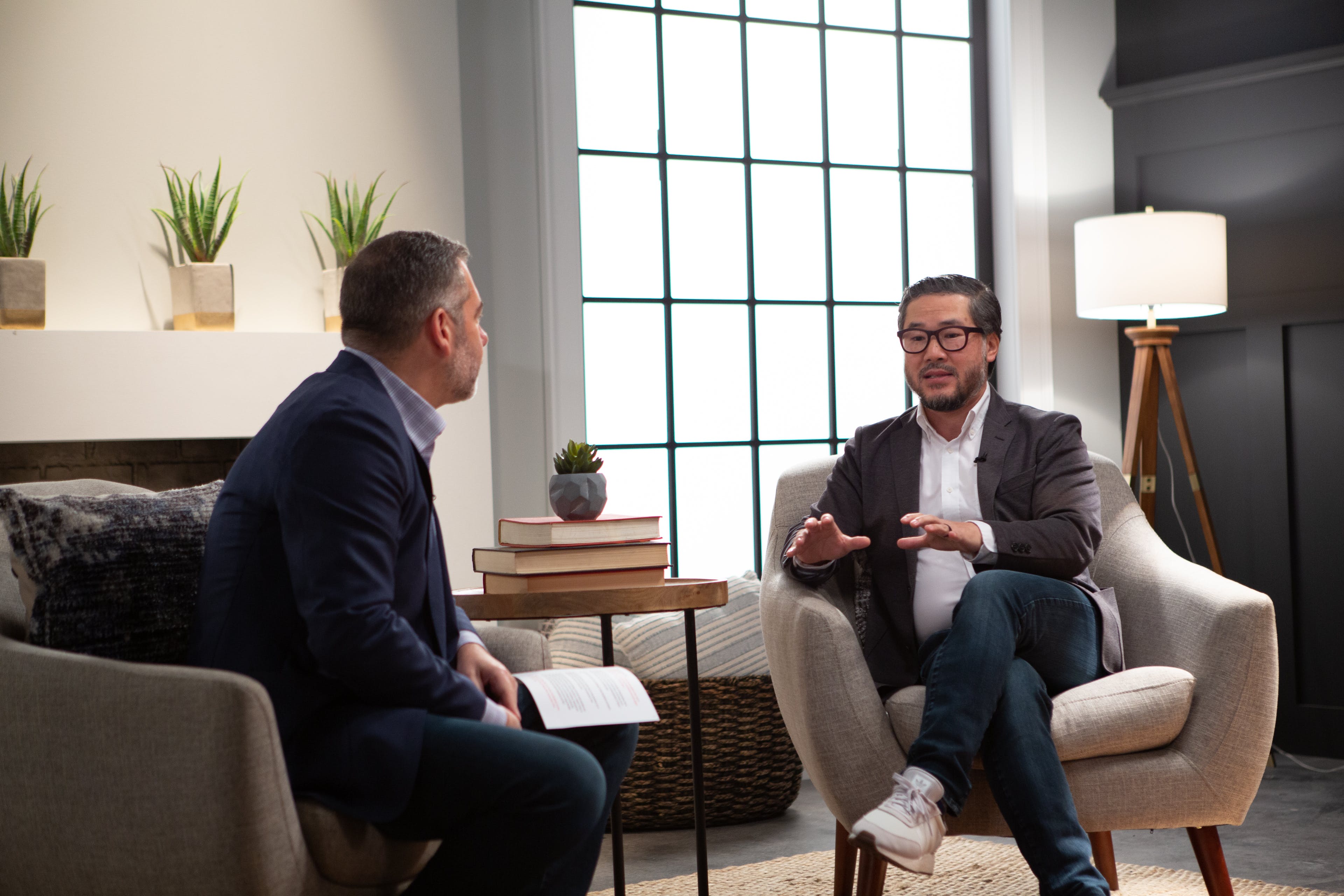 Spirituality & Church Engagement
Though church dropout rates are increasing in the U.S. (59% in 2011 vs. 64% in 2019), Barna has uncovered a group of Christians for which David Kinnaman and Mark Matlock coined the term “resilient disciple.” One in 10 young adult Christians fall into this category, a trend which Kinnaman and Matlock explore further in their recently released book, Faith for Exiles.

“I think that’s why a lot of Millennials are leaving the Church, because they’re looking at the lifestyles—not the teachings—but the lifestyles of the leaders and they don’t resemble Jesus. … This is a word to the leaders. Look at what scripture says [in Hebrews 13:7]. It says people should listen to you as you teach the word of God, but they are to consider the outcome of your way of life and then imitate the faith they see in your life.”
—Francis Chan on A Leader Worth Following 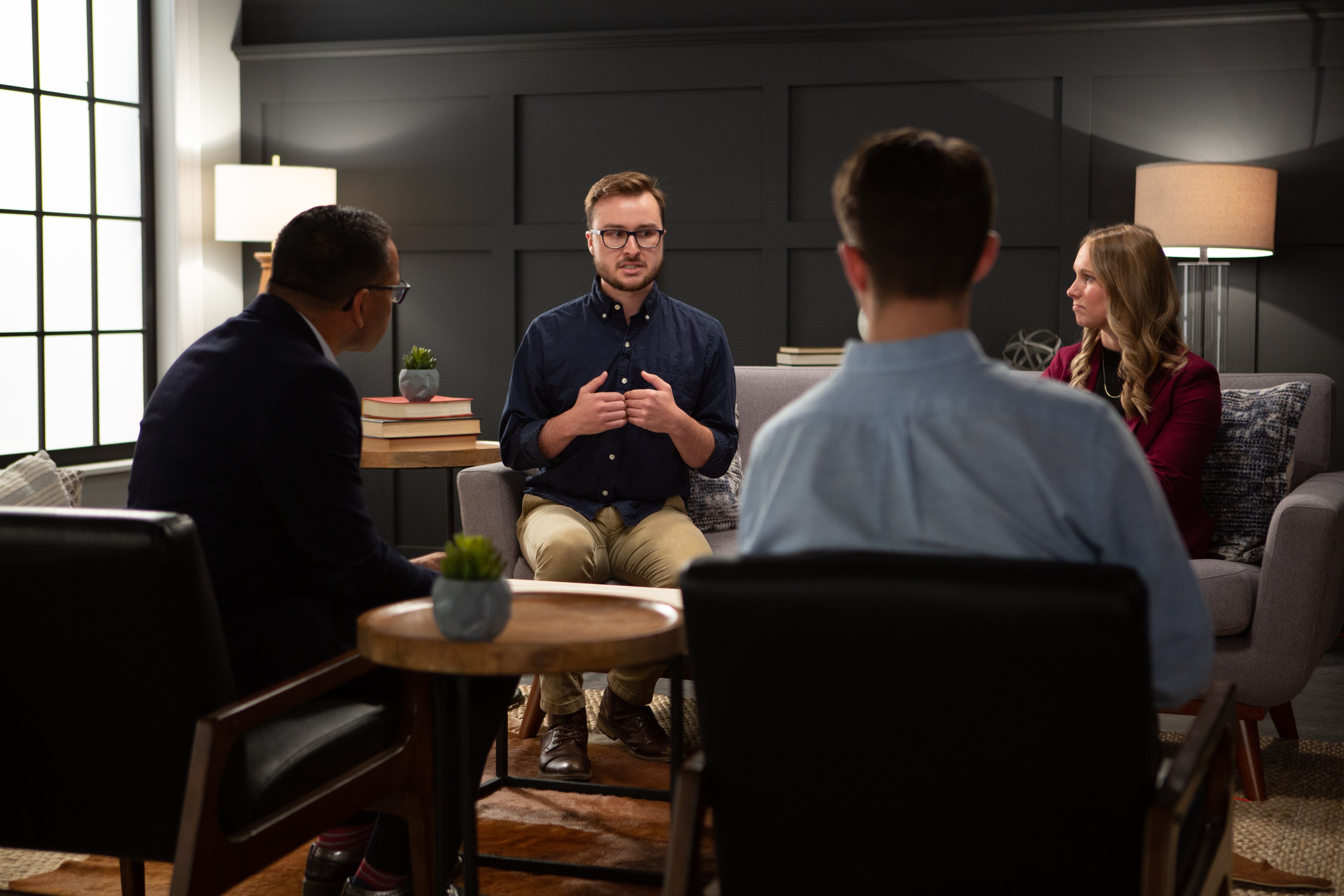 “I think that learning to have community is a skill that a lot of us haven’t learned… Learning that community takes time and investment and sacrifice even, is something that has to be taught.”
—Tish Harrison Warren on Community Within the Church

“I’d love to see people return to a more hyper-relational discipleship… and I mean actually bringing people into your orb of life… Bringing people into and joining rhythms with other people, that’s where there’s a lot more richness of relationship that is actually discipleship.”
—Jefferson Bethke on How the Church Can Grow Resilient Disciples

Empowering the Connected Generation
Eighty-two percent of young adults say that our society is facing a crisis of leadership because there are not enough good leaders right now. These young people are noticing a variety of large global problems and they are ready to enact change. Kinnaman says, “The connected generation wants the Church to be a laboratory of leadership, not just a place for spirituality.”

“Especially if you are a church leader and you are working in a context where the community that these kids come from is seen as a place where nothing good comes out of, then all the more your energy and your focus has to be to continue to communicate to them that who they are matters to God, that who they are is important to the Church and that instead of being an add-on or somebody that gets helped in the Church, they are actually an agent of change and transformation within the body of Christ.”
—Sandra Maria Van Opstal on Empowering Young Leaders

“Empowering people involves, first of all, recruiting the right people for the job that they’re going to do… You have to recruit them, train them, release them, and then monitor it and then finally, let them go to do it. But it’s a process of releasing leadership… and part of the role, I think, of church leadership is to train everyone in the congregation to lead in their spheres of influence.”
—Nicky Gumbel on Releasing Leadership

“We’re at a pivotal time in history as leaders in the kingdom of God. The baton of faith is in our hands—we get to carry this baton to the next generation—but there’s always an exchange zone… In that exchange zone, are we going to have a seamless exchange or are we going to drop the baton?”—Christine Caine on Passing the Baton 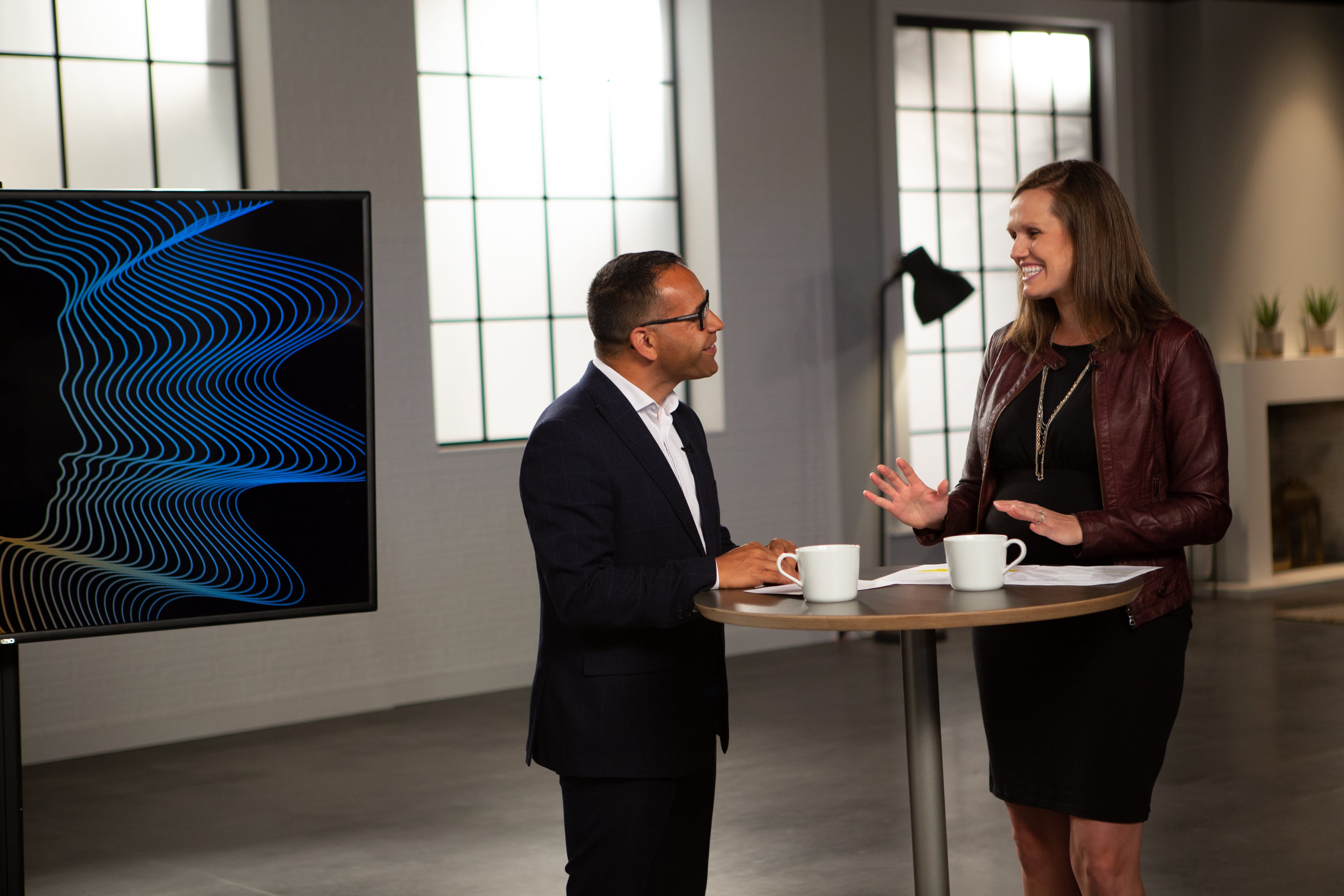 What’s Next?
If you missed the webcast, or simply want to watch it again or share it with someone else, visit www.theconnectedgeneration.com. In the coming months, you’ll find extended interviews, country reports and additional research from this extensive study. The Connected Generation report and related resources and kits are now available for pre-order.

Join our discussions on social media with the handle #faithforthefuture and let us know what key findings surprised you most and where you find hope for this next generation.

The Connected Generation study, produced in partnership with World Vision, is based on online, representative public opinion surveys conducted by Barna Group. A total of 15,369 respondents ages 18 to 35 across 25 countries were surveyed between December 4, 2018 and February 15, 2019. See full details of sample distribution based on continent and country at theconnectedgeneration.com. Unless otherwise noted, all data referenced in The Connected Generation were collected by Barna, among a nationally representative sample of the population identified. For this study, Barna relied on online collection methods, including mobile phone users. The study used online national consumer panels that are representative by age, gender, region and ethnicity. Respondents were fully verified by the representative sample sources. Additionally, quality control measures checked that respondents were completing the survey at an appropriate pace and paying attention to the questions asked. The survey was offered in nine different languages, (English, French, Portuguese, Spanish, German, Romanian, Korean, Indonesian and Taiwanese), translated by a trusted translation service and verified by local partners in every country for context-specific nuance. Based on the U.S. Census Bureau’s International Data Base, the CIA World Fact Book and available census data from the U.S., Canada, Mexico, Chile, South Africa, Nigeria, Kenya, the UK, Germany, Spain, Austria, Switzerland, Romania, Australia, New Zealand, South Korea, India, Philippines and Singapore, quotas were designed to ensure the final group of adults interviewed in the study reflected each country’s distribution of adults nationwide based on age, gender, ethnicity and region. Online surveys necessitate literacy and an internet connection, which means the sample reflects adults who have those capabilities and does not reflect those who are unable to read or lack connectivity to respond to online surveys. Thus, in spite of a robust methodology, this sample is not meant to be representative of entire national populations, regions, continents or the world. The countries selected for this study were based on countries and regions where Barna and World Vision receive frequent requests for research-based insights. These and other concerns or limitations were respectfully considered while interpreting the data.

The findings and excerpts featured here are from The Connected Generation. Order your copy today!

Church Dropouts Have Risen to 64%—But What About Those Who Stay?

In Faith for Exiles, Kinnaman and his coauthor, Mark Matlock, touch on the increase of young-adult church dropouts from 59% in 2011 to 64% in 2019. But what about the young adults who stay? We invite you to meet the one in 10 young Christians for whom we’ve coined the term “resilient disciples.” These young adults have made a commitment to Jesus and are a small, yet significant group of Christians who are running counter to the current dropout trend.