Volunteerism in America: The Top 10 Cities

You are reading a free research sample of Cities 2017-18.

In our fast-paced world, time is a precious commodity. Perhaps this is why most American adults—of all ages—believe volunteering is one of the most generous acts possible, even more than financial giving. So which American cities are known for giving of their time to nonprofit organizations? Over the years, Barna has been tracking the religious views, attitudes and lifestyles—including volunteering habits—among American adults and publishing this data in our Cities reports. In the infographic below, we list the top 10 American cities where respondents are most likely to say they volunteer for a nonprofit organization on a weekly basis. 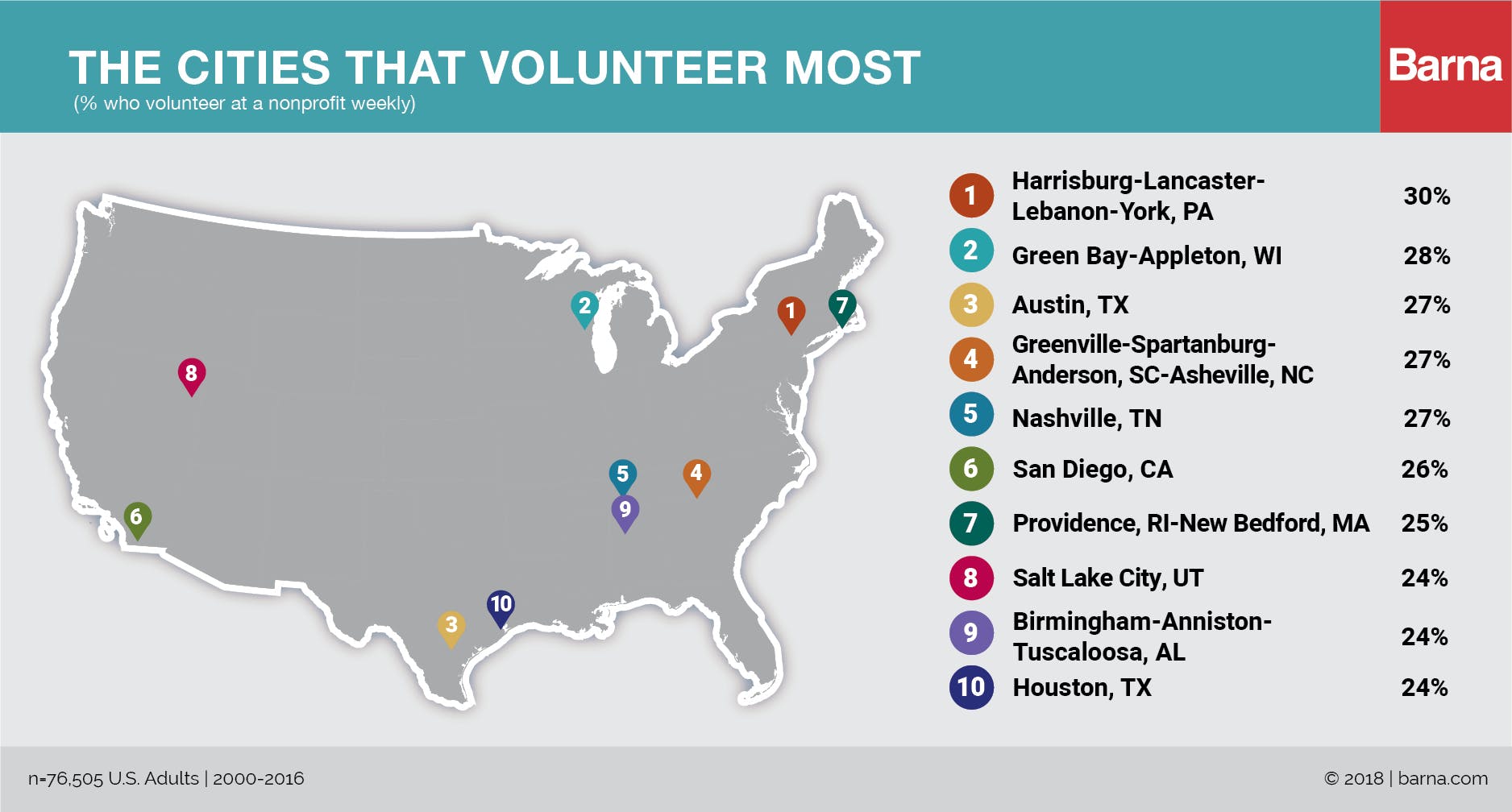 According to Barna’s most recent data, the area in America with the highest percentage of weekly volunteers is Harrisburg-Lancaster-Lebanon-York, PA (30%). From there, these hands-on cities are spread out across the country: Green Bay-Appleton, WI (28%); Austin, TX (27%); Greenville-Spartanburg-Anderson, SC-Asheville, NC (27%); Nashville, TN (27%); San Diego, CA (26%); Providence, RI-New Bedford, MA (25%); Salt Lake City, UT (24%); Birmingham-Anniston-Tuscaloosa, AL (24%); and Houston, TX (24%). Southern cities made an impressive showing, with the rest split between cities out West and in the Northeast, and only one city in the Midwest. 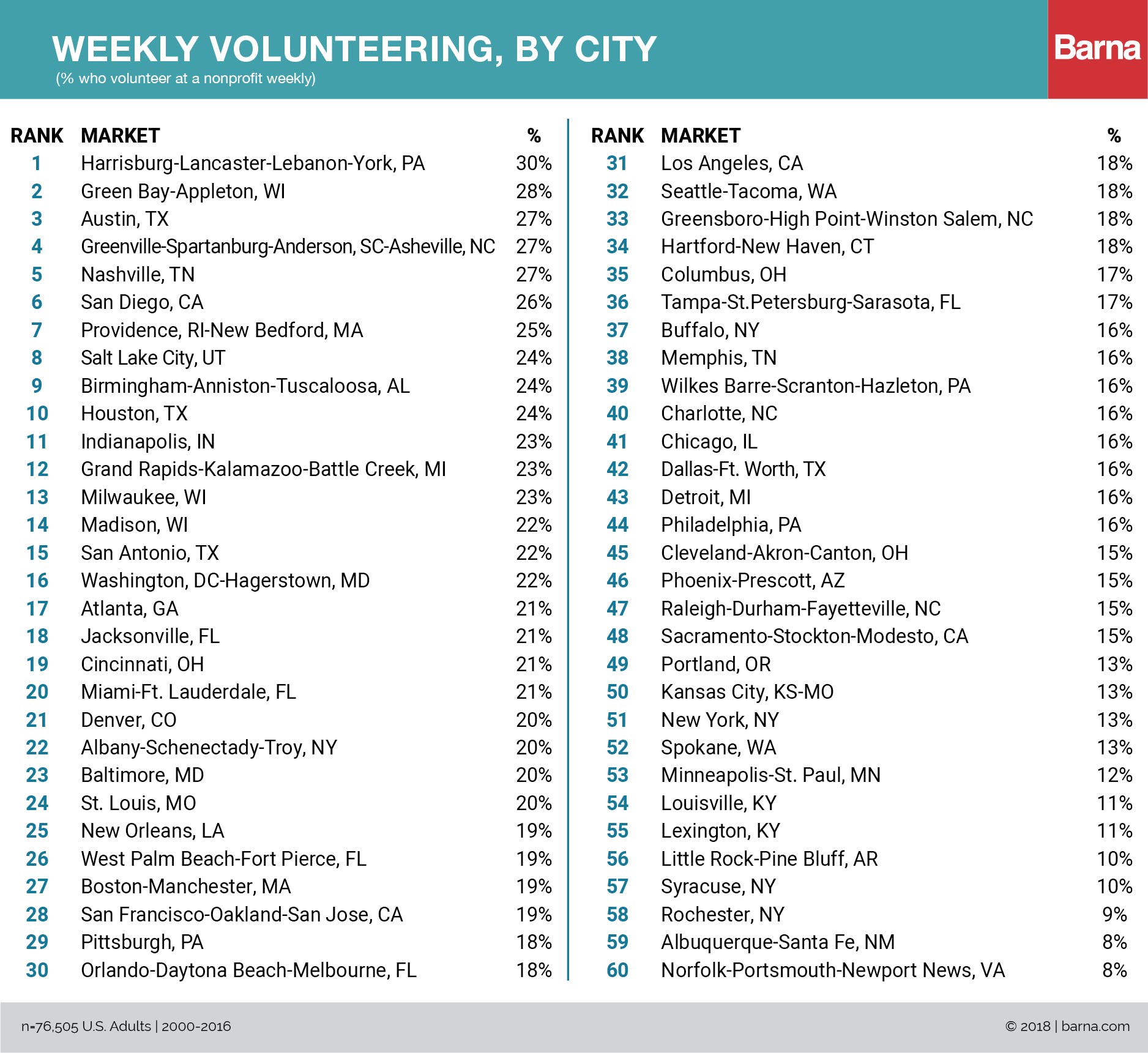 About the Research
The data reported in this resource are based on telephone and online interviews with nationwide random samples of 76,505 adults conducted over a seven-year period, ending in April 2016. The maximum margin of sampling error associated with the aggregate sample is plus or minus 0.4 percentage points at the 95 percent confidence level. The data were analyzed by DMA. The label “DMA” stands for Designated Market Area and represents a unique geographic area that also serves as a commonly accepted media market as defined by The Nielsen Company. DMAs have been configured so that the entire U.S. is assigned to one—and only one—of 210 DMAs in the country and are based on the television viewing habits of the residents in each county. While there are 210 DMAs, this table contains data for the top 100 markets.

You are reading a free research sample of Cities 2017-18.

While many Americans rush for Black Friday and Cyber Monday deals and gear up for Christmas shopping, #GivingTuesday is a chance to pause and consider donating money to organizations and charities. Over the years, Barna research has revealed much about the giving habits and motivations of U.S. adults, particularly churchgoers and Christians.